How to use Ecamm Live's Sound Effects window.

If you don’t see the Sound Effects window on the screen, click the music note button in the top-right corner of the Main Window to show it. (If you don't see a music note button, ensure that you have the latest version of Ecamm Live.)

You can also find the Sound Levels window in the Window menu at the top of the display, or by typing ⌘=. 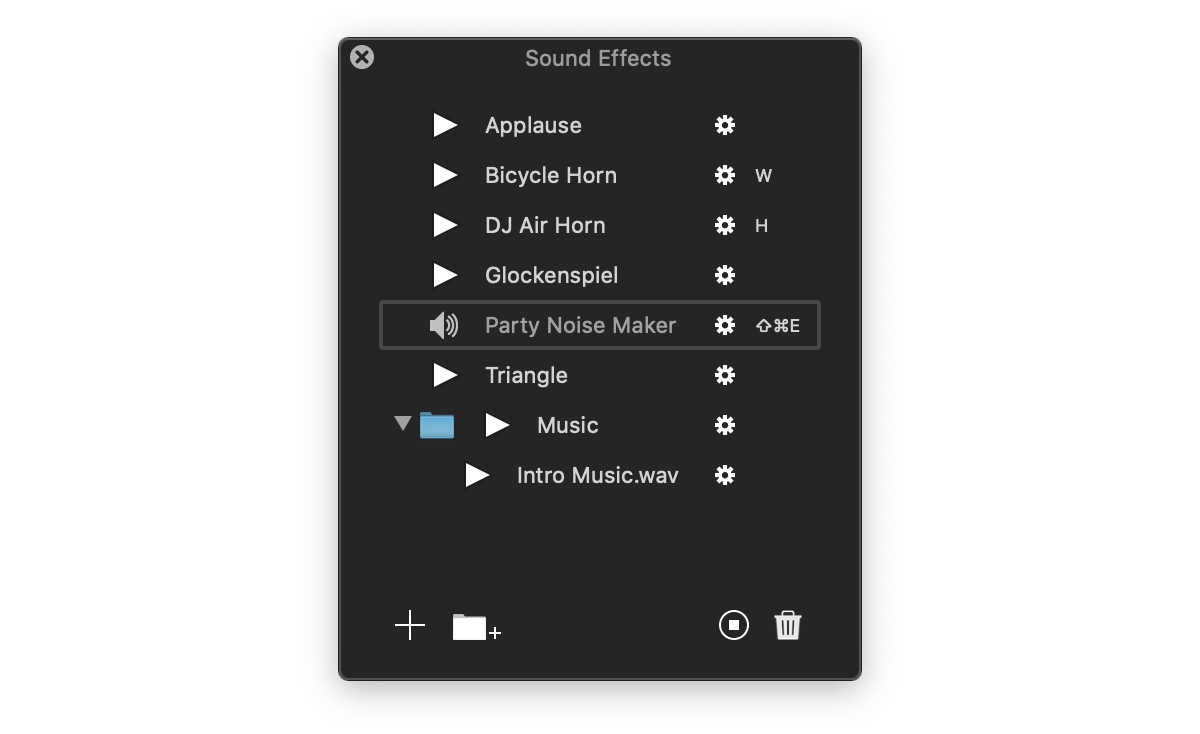 The Sound Effects Window shows a list of music and sound effects. Sounds will be played directly into your recording or broadcast automatically.

Sounds can be in AIF, WAV, MP3, M4A or Ogg Vorbis (.ogg) format. When adding music files, avoid adding music that you are not licensed to use in your broadcast, as this can result in Facebook or YouTube automatically removing or muting the broadcast.

Sound files from your Mac can be added to the Sound Effects window in 3 ways:

Each sound has options, which can be configured by clicking the associated tiny gear button:

Choose whether the sound should repeat indefinitely until manually stopped.

Assign a hot key to play and stop the sound. The hot key can include a modifier key (shift, command, option, alt), a combination of modifier keys, or have no modifier key.

Assign the sound to the current Scene. This will play the sound when switching to the Scene, or when a broadcast or recording starts on while the Scene is active.

There are 3 ways to play a sound:

To rename a sound, just double-click the name, and type a new one.

There are 4 ways to stop the current sound:

To remove a sound, select it in the Sound Levels window and press your deletekey, drag to the  icon, or click the  icon.

To play a sequence of sound effects or music files, click the new folder icon to create a new folder. Then drag the items into the folder. Click the folder's play button to play each item one by one.

Click the folder's gear button to turn on looping or add a hot key assignment.

Move through items in a playlist using next and previous buttons in the settings popover, or by using the media keys on your Mac's keyboard. 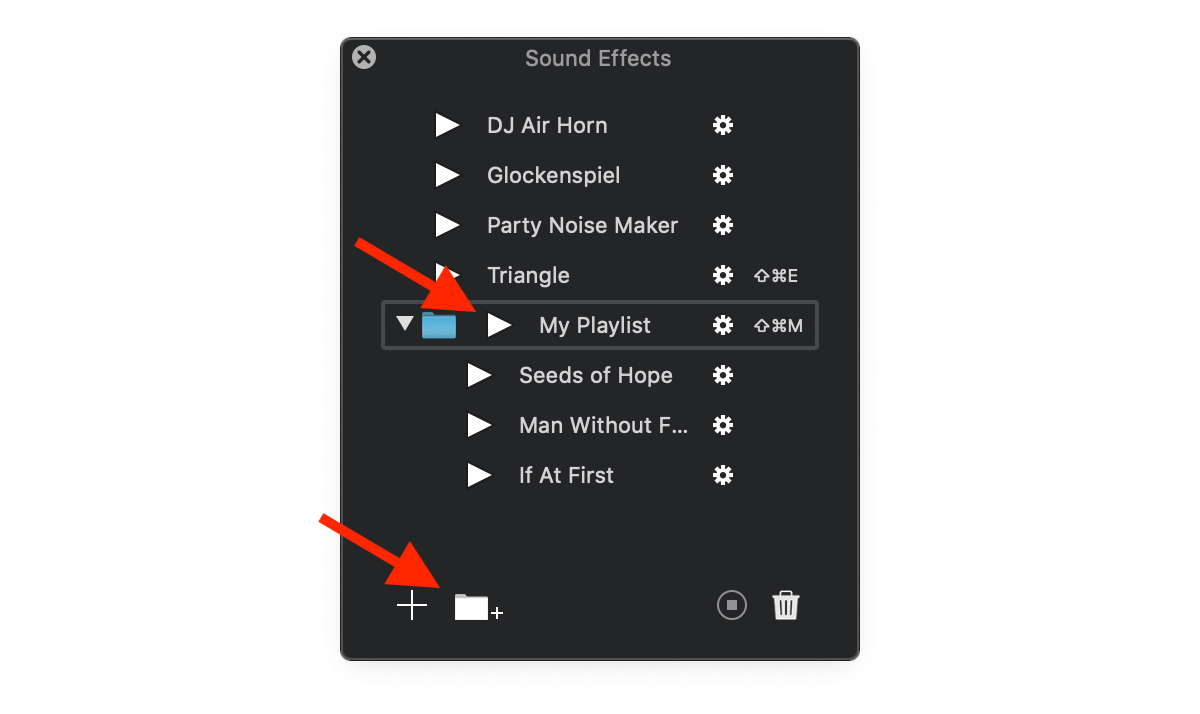 Assigning a Sound or Playlist to a Scene

Assigning a sound to a Scene will play the sound when switching to the Scene, or when a broadcast or recording starts while the Scene is active. This is useful for adding a sound effect to a scene transition, or adding music to an intro or outro scene.

There are 5 ways to assign a sound to a Scene:

To remove a sound effect from a Scene, click the X beside the sound effect name in the top left corner of the main window. Note that this won’t remove the sound from the Sound Effects window.

Access Scene Sound settings by clicking the tiny gear button in the Scene Sound indicator in the Main Window:

The volume level and mute setting for all sound effects can be adjusted in the Sound Levels window.

This volume level is also used for sound effects produce by Widget Overlays.

When playing music or sound effects, it is important to use headphone or Ecamm Live’s Echo Cancellation feature, to prevent sound from your Mac’s speakers from getting picked up by your microphone, resulting in an echo/reverberation effect.