There are a few additional steps to broadcast in Members Only mode.

Third-party apps such as Ecamm Live do not have the ability to set a YouTube Live broadcast's visibility status to Members only mode.

However, a Members Only broadcast can be conducted by following these steps:

1. Create your YouTube live broadcast as you normally would, either using Ecamm Live's scheduling feature, or using YouTube Studio. 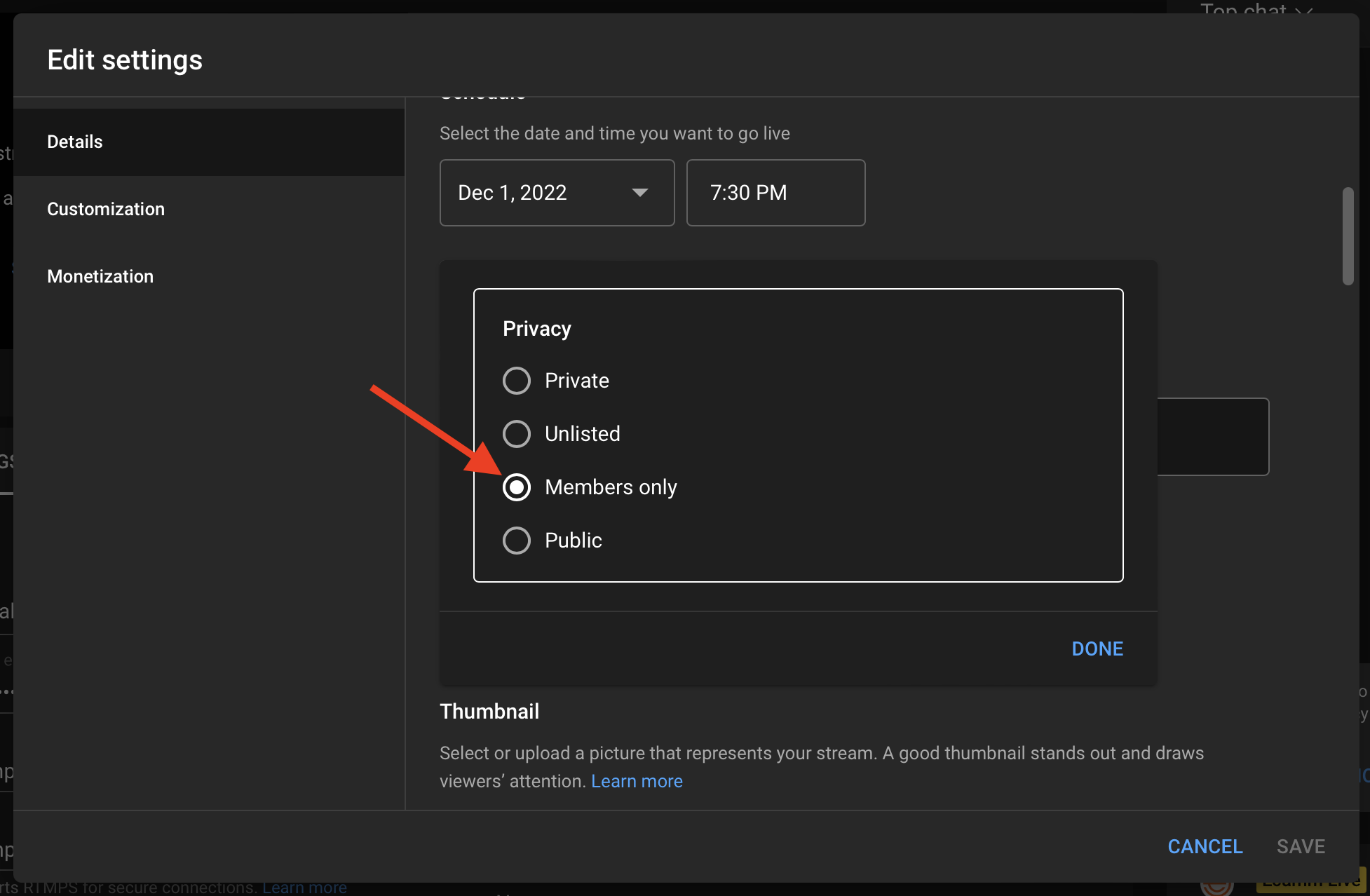 (Note that if you don't see a Members only option, this means that you do not have membership enabled for your channel.)