EpocCam is a great way to use your iOS device as a camera source in Ecamm Live.

Kinoni's EpocCam app is one of four ways to use your iOS device's camera in Ecamm Live. The app provides three different options: Choose to connect either wired via the phone's USB cable, or wirelessly either via NDI or via Kinoni's own Mac wireless drivers.

If you tap the gear button in the EpocCam app, you'll see three options for connecting, Wi-Fi, USB, and NDI:

When you connect your iOS device to your Mac via USB cable, Ecamm Live will always automatic provide the device's screen as a camera source. This will be displayed alongside the EpocCam camera feed in the camera switcher. Ensure that you've picked the EpocCam source rather than the screen source (The screen source will include the EpocCam buttons controls.) 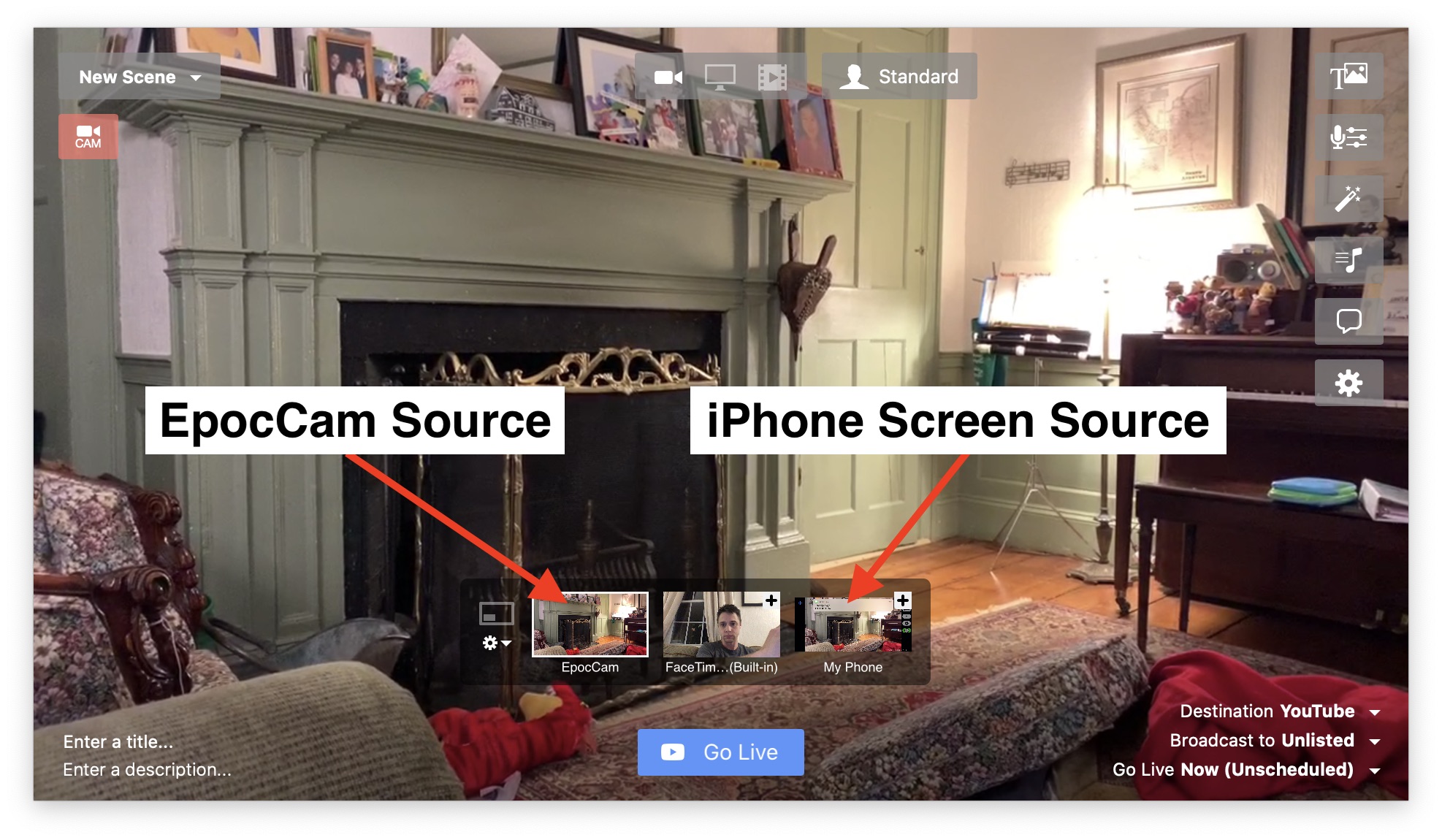 Wireless options typically require a dedicated 5 Ghz Wifi network for a smooth high-quality video stream. Use the Video bitrate per pixel adjustment buttons to adjust based on available Wi-Fi bandwidth.

If EpocCam isn't connecting, ensure that you have the latest Kinoni drivers installed, and that the phone and Mac are on the same Wifi network.  If you've just installed the drivers, try restarting the Mac.